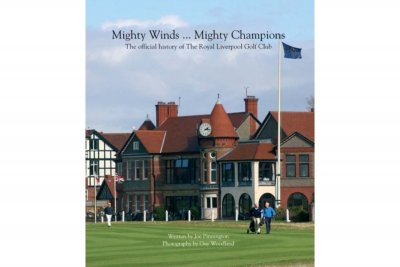 The Official History of The Royal Liverpool Golf Club

This is the history of The Royal Liverpool Golf Club. It contains a Foreword by His Royal Highness, Prince Andrew.

In 2006, the prestigious and world famous golf tournament - The Open returns to Hoylake on the Wirral in the UK, after an absence of 37 years. Already being hailed as the finest ever tribute to the club; a lavish book crammed with glorious contemporary photographs by photographer Guy Woodland. This superb book marks the return of The Open Championship to the links of The Royal Liverpool Golf Club, a competition last won at Hoylake by the great Argentinean golfer Roberto de Vicenzo who was presented with the much sought after Claret Jug in the 1967.

The Royal Liverpool Golf Club is the second oldest course of its kind in England and is one of only eight courses from amongst thirty 'royal' golf courses in the UK to stage The Open. Its honorary president is HRH Prince Andrew. After a Victorian hey-day, in the latter part of the 20th century the club went through a downturn period but has enjoyed a renaissance since the late 1980s, mirrored by a remarkable regeneration of Liverpool's fortunes; most recently winning the European Capital of Culture title for 2008 and being granted UNESCO World Heritage status for its wonderful waterfront and architecture. This exciting focus on the Royal Liverpool updates the marvellous early history penned by Guy Farrar in 1932 and will be a fitting tribute to the club, the game of golf and The Open.