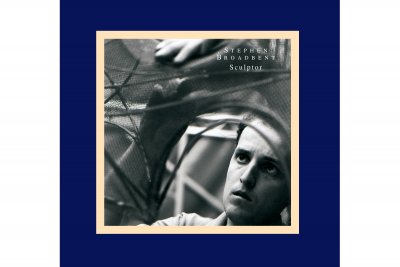 Stephen Broadbent is a British sculptor, specialising in public art.

This book traces his first 10 years.

He was born in Wroughton, Wiltshire in 1961 and educated at Liverpool Blue Coat School. In Liverpool he studied sculpture for four years under Arthur Dooley.

He has created public sculptures for communities across the UK and for international projects. His sculptural practice is based upon meaningful placemaking, creating artworks which resonate with the environments in which they're placed. This is often achieved through community collaboration, looking and listening to the stories a place has to tell, to create a unique design which becomes an integral part of its surroundings.

Broadbent contributed to the remodelling of Bridge Street in Warrington town centre, the site of the 1993 Warrington bomb attacks that killed two young children with a 'River Of Life' memorial. The design is intended to give hope for the future, and takes the form of a fountain - a "river" running down the street bringing healing and refreshment.

He has created two versions of the 'Reconciliation Triangle'. The first, in 1989, represented connections between Liverpool, Glasgow and Dublin. The second marked the legacy of the slave trade in the histories of Liverpool, Richmond, Virginia and Benin. The sculptures in each connected city are identical (apart from the addition of low-relief bronze designs), marking the historical connections between locations whilst creating a new one in a process of healing.

His largest work, 'Encounter', stands at junction 11 of the M62 Motorway at Birchwood, and incorporates telecommunications aerials within the metalwork.